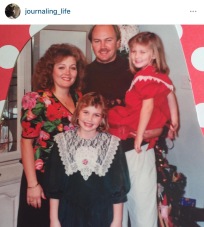 I have found resources if you are a woman who has been beaten by your husband and living in a shelter. I have found resources for drug addicts, alcohols, sexual predators, people with anger management issues and resources for those who have been employed and now find themselves unemployed. AARP boasts on national television how they can help you “Re-imagine your Life.” The problem is AARP makes the assumption you have been an employed adult for most of your life and now you want to pursue a passion rather than just a way to pay to the bills and keep a roof over your head.

Where are the resources for women over 50 who stayed home with their children only to be thrown in the trash by their self-centered, egomaniac husbands who believe a younger woman will keep them from aging. (The irony is the younger the woman, the older he actually looks.) I’ve hunted. I’ve searched. I have had no luck. Because I am a college educated woman who chose to give 30 years of her life to her family, I don’t qualify. Everyone makes the assumption a college degree is the answer. They are wrong.

If I hear one more time, “Oh you are so smart and have so much to offer, I think I’ll puck on the spot. Clearly whatever it is I have to offer, no one is hiring. And no service organization wants to help because I don’t fit their “demographic”. So like many other women who gave their life to their family, I will in 8 weeks find myself homeless. I don’t drink. I don’t smoke and I don’t do drugs. I am college educated but it doesn’t matter. It doesn’t matter at all.

Don’t take my watermelon! #granddaughters #love #donttakemysnack #lovemygrandkids
Any guesses where I had dinner
Sitting on the porch having dinner and listening to the church bells. #churchbells #dinneroutside #beautifulevening #porchsitting
Having a colorful time at Crayola Experience! #crayola #eastonpa #grandkidfun #grandkids #love
Visiting the statues at Marywood University. #scranton #pennsylvania #university #marywooduniversity
This beautiful woman saved me after I was devastated by my divorce. She literally saw me through the nightmare. #bestfriends #dearfriend #lovemyfriend