I was a teenage beauty queen

I worked and saved enough money to travel Europe with a college tour group when I was 18 for six weeks, traveling to East Berlin through the now defunct Checkpoint Charlie.

I was on TV with Bob Hope

I was a winning game show contestant

I took a leap of faith and went to France for 3 months to try and improve my French when I was 54.

I dream of being a writer.

You would never believe it but ….

I do believe in hope, love and fresh starts 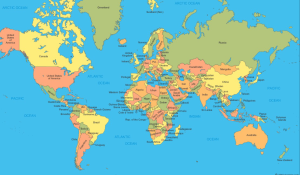 How many of us choose our destiny? We definitely play a role in our lives and what happens, but so much is out of our control.

Would I be different if my parents had never moved me at the age of 9 from Oklahoma to Minnesota therefore preventing the teasing which tore at my sense of value? I still hear the laughter ringing out as a recording of my voice is played back to the class and my distinctly southern accent stood in contrast the nasal, clipped sound of the north.

Would I be different if at 11.5 I wasn’t moved from Minnesota to Colorado with six weeks left of sixth grade. Not enough time to make friends and settle in, so a summer spent alone. Which meant having to begin 7th grade just a few months later at an entirely different school. Doing my best to figure out where I fit and finally finding my place to be moved again.

Midway in 9th grade a move to Las Vegas and a high school that was nothing like the one from which I had come. Sitting at lunch in the car with my mom for the first week so I wouldn’t cry and try to walk home. Spending another semester and summer alone to begin a new year once more with no friends.

Would I be different if I hadn’t desperately wanted to leave Las Vegas and ended up marrying a man a hardly knew? Spending 30 years of my life with him first in Iowa and then in Texas?

Would I be different if I had stayed in the place I had called home since 1986 rather than moving a mere 30 minutes away where it was convenient for my friends to forget me? If I had stayed would they still have forgotten me?

Would I be different if I hadn’t taken 3 months and gone to France to try and learn French and experience life from a different perspective? Staying in the security of the familiar?

Would I be different if I had made the choice not to leave Dallas-Fort Worth rather than taking a chance on a better life in a new place and all the struggles building a new life entails?

Of course there is no way to know. Our lives are shaped by so many things and places are but one. We are the sum of our experiences but until we die our life equation is never complete. There is always something more to add, subtract, multiply or divide in our lives.

Bringing Books to Life: Life with a Book

Anticipated New Releases: May 2019 — Books for the Living

My anticipated May releases are now up on the blog! They include two all-time favorite books of mine, plus my current read. Come check them out! via Anticipated New Releases: May 2019 — Books for the Living

The Bookshops of Yesterday’s

I love bookshops, wandering and looking at book titles, book covers, promoted books etc brings me much joy. So when I saw this book in the Amazon Prime store, I bought it. It’s the story of a young woman who left home in CA and now teaches in Philadelphia. One day she receives notification that […]

Faith does not make things easy...It makes them possible. Luke 1:37