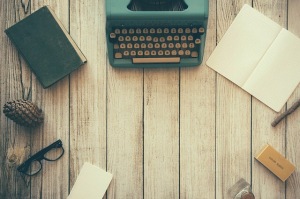 What’s next for me? I have just five weeks to find a job. If I don’t I will have to give notice and not renew my lease. My things will go into storage and I will move in with my mother. As much as I love my mother, I want to be self sufficient. If anyone had told me three years post divorce I would still be unemployed, I never would have believed them.

My therapist says to write. He says to write the book that’s been hidden away inside of me. He’s encouraged me to try and grow my blog following. I like to write but how do we know if we have something to say? How do we know if we have a story to tell? I’ve voiced the speculation that maybe God wants me to write and that’s why I haven’t found a job. Sadly I don’t really believe that. It’s just a way I’ve tried to make myself feel better.

Who knows what tomorrow brings, certainly not I. All I can do is weather the storm and pray that eventually I see sunshine and a rainbow.

Sally Field has a new movie being released this Friday, Hello, my name is Doris. It is the story of an older, eccentric woman who fantasizes about a relationship with a younger man. It is a comedy. Now why is the idea of an older woman and much younger man a comedy? Everyday Hollywood produces movies where the male and female stars have a significant age difference. The male star is much older than his female co-star but we are expected to believe they actually have a relationship. It’s not considered comedy.
If I were to list all of the Hollywood May-December marriages here I wouldn’t have room. Just this weekend Jerry Hall married Rupert Murdoch. There are about 25 years between them. I’m sure he’s an interesting fellow but no one will convince me his billions didn’t have something to do with her interest.

It’s one of those double standards that we must continue to fight. If we are to believe age is just a number and irrelevant then it has to be irrelevant when the woman is older. Personally I think when you choose a partner significantly younger than yourself you are afraid of a relationship with an equal. And no one believes a woman loves a man just for himself when there is a big age gap because how many young beautiful women do you see with old poor men?Money changes things. Money matters. And what I’ve never figured out is how blind men can be believing they appear younger with a young mate. The fastest way to look old is to stand next to someone much younger than you are.

Hollywood should be ashamed of itself for supporting this double standard. But as we know, Hollywood isn’t ashamed of anything they do.