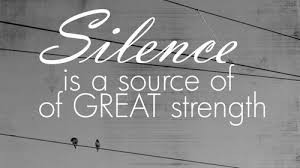 Demelza is one of my favorite characters from a book. You can find her in Poldark by Winston Graham. She lived near the Cornwall coast in the late 18th century. She lived so close she could hear the waves breaking against the rocks and shore. What else would she have heard? Birds, the wind, Garrick barking, horse hooves, distant voices, Ross in the library, servants in the kitchen, her children? Certainly she didn’t live in a silent world but she also didn’t live in a world where she was constantly bombarded with artificially created sounds which we live with now.

I live alone. Until my divorce in January 2013, I had never lived alone. I had been alone for several days at a time but always knew someone would be returning. During that time I enjoyed the quiet. It was refreshing. Now, the silence is oppressive. I feel as thought I am in a room and the walls are closing in. My apartment is wound proofed well so except for the occasional thump from my upstairs neighbors, I don’t hear anything. I listen. I sit in the quiet and nothing. It’s too hot to open the windows and even if I did I would hear man-made sounds. So I keep the TV on if I am home. The sound fills up the space. I don’t feel so alone.

I don’t think we realize how much constant noise is in our lives until it is gone. And I don’t think we realize the importance of sounds whether they are nature’s music or man-made sound. a lot has been written about the effect sound can have on our spirit. I read that repeatedly listening to sad music can dampen your mood. And when non-communicating Alzheimer’s patients were given headphones and the tunes of their youth played, the awareness of their surroundings increased and their mood were improved.

I believe one reason Demelza was infused with a happy spirit was because she absorbed everything around her, the sounds and the sites. So in the spirit of living like Demelza, I am going to try to fill my empty air with sounds that make me happy whether that is music, an audio book, a nature CD or even my favorite TV show. And I am also going to take time to enjoy the peace and quiet I have been given at this time in my life.

One thought on “Sounds of Silence”